The picturesque village of Kyperounta lies at the foot of the Madari mountains surrounded by a green landscape. Kyperounta is the largest mountain village of Cyprus, as it numbers around 1500 inhabitants. It is situated 45km away from Limassol and 78km away from Nicosia. The physical appearance of the village takes various shades as the seasons change. The village lies at an altitude of 1250 to 1400 metres. In fact, it is the third highest village on the island.

Watch the video: "Kyperounta, Your next Destination" by Kyperounta Municipality Council (3 min, 42 sec)

According to tradition, the most dominant explanation for the name of the village is the plant, which is a weed that is abundant in the region and bears the scientific name “cyperus rotondus”. The weather conditions in Kyperounta are excellent throughout the whole year. The uniqueness of its climate is what urged the colonial government in the 1930s ,to established a sanatorium,which now is the Kyperounta hospital. The choice of the place was extremely beneficial to patients suffering from respiratory or chest-related diseases. Kyperounta is crossed by the main tributaries of Kourris river that divide it in narrow deep valleys creating a magnificent green scenery where the pine forest alternates with vineyards and fruit trees.

The natural setting that surrounds the village, the range of cultural monuments and traditions and the geographical place in the centre of the Troodos mountains resorts route, only 10 minutes away from the Troodos square, are among the reasons why Kyperounta is a unique tourist destination throughout the year. The traditional local architecture is still preserved in Kyperounta. The religious monuments of the village are exceptionally picturesque.

It is a fact that the Kyperounta region is responsible for approximately 1/3 of the apple and pear production in the whole island. Exactly because of this massive apple production the residents established the annual Apple Festival which is held on the second weekend of October. Additionally, the locals cultivate grapes in the vineyards of the area and some of them even produce their own wine. The Kyperounta winery is distinctively famous for its award-winning wines. Various charcuterie workshops operate in Kyperounta , where visitors can buy the renowned “hiromeri” and other smoked meats of the area. 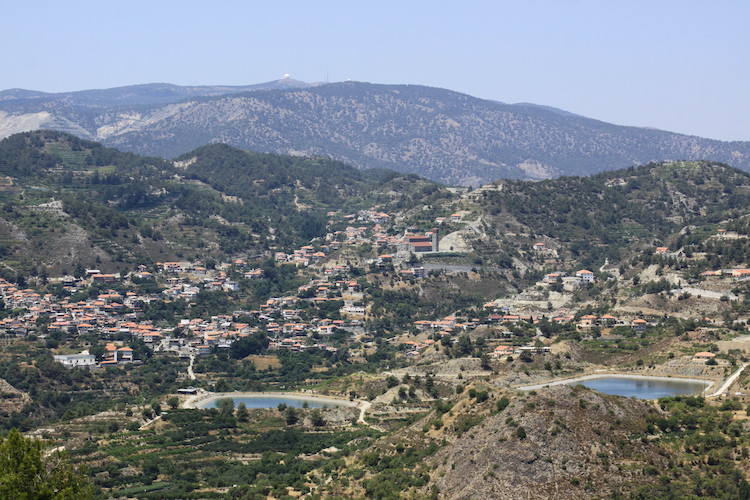