As of the year 1000 AD, the Southern St James Way, from Arles to Puente la Reina in Spain, has been used by pilgrims from the West and from Italy. This route across the South of France crosses the areas where the Occitan language is spoken.

A HERITAGE BELONGING TO HUMANITY

There are numerous monuments along this Way listed as World Heritage by UNESCO in respect of the "Santiago Pilgrim Ways in France": Les Alyscamps and the churches of Saint Trophime and Saint Honorat in Arles, the former abbey church of Saint Gilles, the Devil's Bridge between Aniane and Saint Jean de Fos, the former abbey of Gellone in Saint-Guilhem-le-Désert, the Basilica Saint Sernin and the Hôtel-Dieu Saint Jacques in Toulouse, the cathedral of Sainte-Marie in Auch, and Sainte-Marie church in Oloron. These major places of interest all bear witness to the pilgrimage as it was in the past and are part of a collection of 71 sites and 7 sections of the Way in France. (www.cheminscompostelle-patrimoinemondial.fr)

Along the way, a welcome awaits you in the stopover municipalities and from accommodation providers. Find their contact details and other practical information on the website www.chemins-compostelle.com 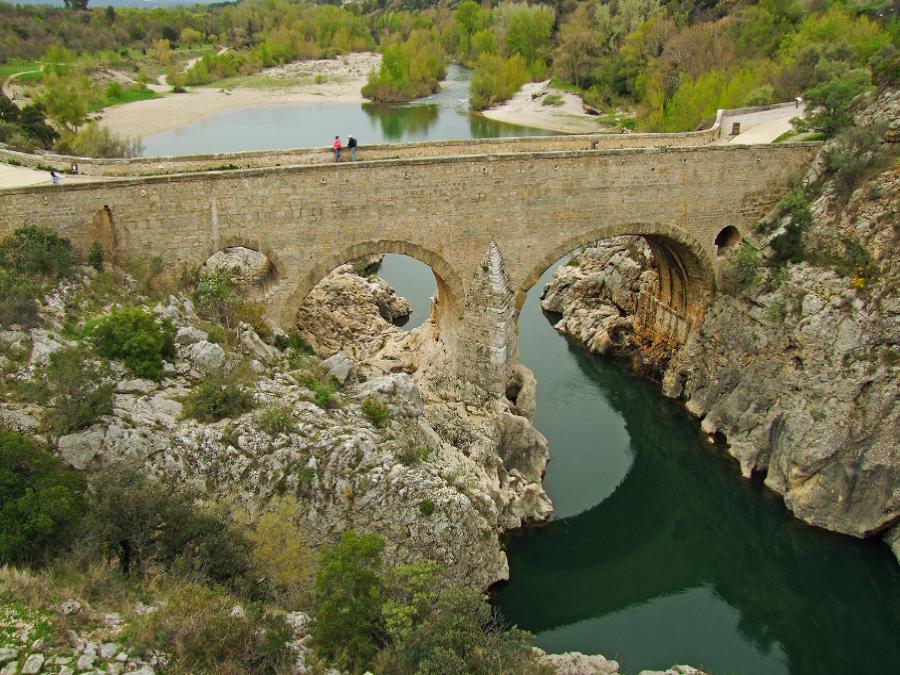 Information about the Pilot organization: Voie d'Arles
Other information for tourists here

Length: Arles to Puente-la-Reina in Spain : around 1000 km